We would like to offer our sincere support to anyone coping with grief. Enter your email below for our complimentary daily grief messages. Messages run for up to one year and you can stop at any time. Your email will not be used for any other purpose.

Read more about the life story of Roberta E. and share your memory.

Ware - Bobbi (Thompson) Goudreau, passed away on Wednesday, November 16th 2022, at Baystate Wing Memorial Hospital.
Bobbi was most passionate about her family. She lived her life for her children – she was the utmost happiest surrounded by family. She taught her children that family was everything, if you have each other, you have everything you need in life.
Bobbi was best known for her ‘hugs’ and being ‘gram’ to everyone she met. In 2001 when D&D Fitness Factory opened its doors – Bobbi became the official greeter. When she met someone, she told them ‘I don’t shake hands – I’m a hugger!’. Her hugs is what D&D is known for. When patrons walked through the doors – the first one they looked for was Bobbi ‘Gram’. Once they got their hug – the day began!
Bobbi loved so many. Her heart was huge – and her smile was bright. She loved from her core, her soul. Her eyes lit up the room and everyone wanted to be near and to be loved by her.
Bobbi is survived by her beloved children:
Ernest ‘Roc’ Goudreau and his wife Pat, Rodney Goudreau, Darlene Sojka and her husband Peter, Keith Goudreau and his wife Kim, Darryl Goudreau and his wife Janine
Grandchildren: Damien Goudreau, Kimberly Goudreau, Eli Goudreau, Abby Sidur, Sarah Goudreau, Mike  Downing, Colby Goudreau,  Devin Goudreau, Ian Goudreau, Kellyann Kaiser, Jason Toppin, Delia Toppin, Joshua Toppin, Kylie Baldwin
Great Grandchildren: Tessa, Landon, Bailee, Jade
She was predeceased by her husband Ernest ‘Lefty’ Goudreau, her daughter-in-law Donna ‘Raymond’ Goudreau, her granddaughter Danielle Goudreau, her parents Martha and Walter Thompson Sr., as well as siblings Beryl, Walter Jr., Forrest and Gordon.
In lieu of flowers, donations may be made to:
St. Jude Children's Research Hospital
501 St. Jude Place
Memphis, TN 38105
or
Second Chance Animal Shelter
PO Box 136
East Brookfield, MA 01515
or
Jubilee Cupboard
P.O. Box 447
Ware, MA 01082
At Bobbi's request, services will be private.
Cebula Funeral Home is assisting Bobbi's family with the final arrangements.
For more information and online guest book, please visit:  www.cebulafuneralhome.com .

To send flowers to the family or plant a tree in memory of Roberta E. "Bobbi" (Thompson) Goudreau, please visit our floral store. 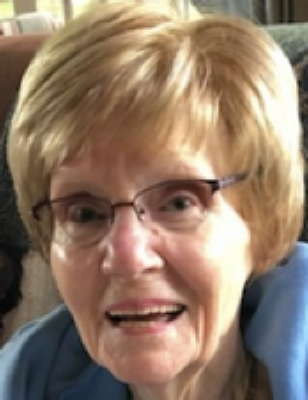 In Loving Memory Of

Look inside to read what others have shared


Family and friends are coming together online to create a special keepsake. Every memory left on the online obituary will be automatically included in the book.

You can still show your support by sending flowers directly to the family, or by planting a memorial tree in the memory of Roberta E. "Bobbi" (Thompson) Goudreau
SHARE OBITUARY
© 2022 Cebula Funeral Home, Inc.. All Rights Reserved. Funeral Home website by CFS & TA | Terms of Use | Privacy Policy | Accessibility